The unnamed founder and organizer of the event paddling with Nick the usurper.

For the last four years Davenportage has been blessed with fantastic weather and 2017 was the best of all.  With more hours of daylight to work with and more canoes to carry than ever before, we were able to increase the suffering, and suffer we did!

Some people carried packs that were equal to the weight of their bodies, or at least the weight of part of their bodies; it was way too hot and there wasn't nearly enough (any) drinking water on the route; we severely overestimated the number of canoes we could carry to the point that some people had to carry two canoes; we didn't mark the portage route at all which caused some participants to needlessly carry their canoes up cliff faces before realizing they'd gone off course; some portagers were exhausted and abandoned before the end of the trail leaving the survivors even more work and suffering...

Yes, the senseless hardship seemed particularly intense this year- but we finished without medical intervention.

Fresh from summiting Mount Ranier, Neil wishes he was back there taking it easy.  Having  completed the run and paddle, he still has the 17 km portage ahead of him... and several beers to consume at the finish. 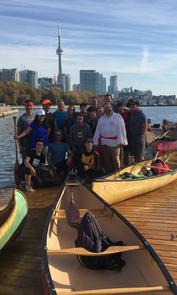 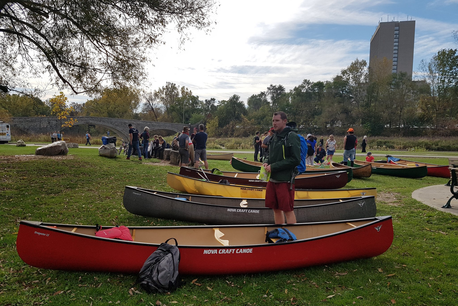 Mike Ormsby of the Curve Lake First Nation conducted the opening ceremonies with insightful words and a smudge and pipe ceremony. Thanks Mike for keeping this event honest and true from the broader perspective.

Thanks again to Leigh and Marissa Malloy.  Without them and the support of Nova Craft Canoe, this event would not be possible.  ...but hey, it might be a lot easier!  When it comes to carrying a canoe 17 kms, it turns out some people think that lighter is better.

Thanks to the wonderful volunteers at the Tollkeeper's Cottage for hosting our main rest stop every year.  The homemade pea soup never fails to hit the spot and your front lawn and smiling faces are always a sight for sore eyes.

Thanks to Joe Katt for providing spiritual leadership at the beginning of this journey and every year since.

And last but not least, thanks to you, the person reading this.  Whatever your reason for coming out last year, this year or next, by sharing a few hours of your hard work, camaraderie and suffering, we're all brought a little closer together. 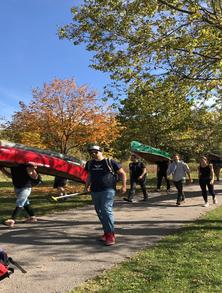 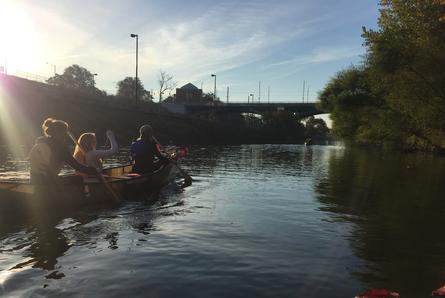 Ontario Place portage's new dock:  thanks to our donors whoever they are! 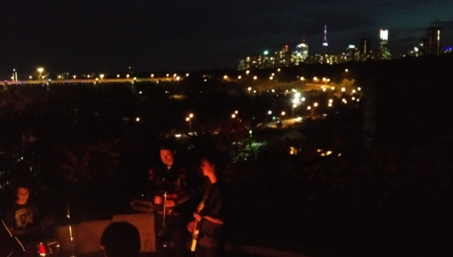 Just a walk in the park.

There was a band waiting for us at the finish...who knew?!  Next year we will try to arrive earlier to enjoy the sunset. 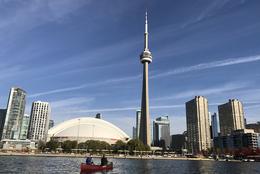 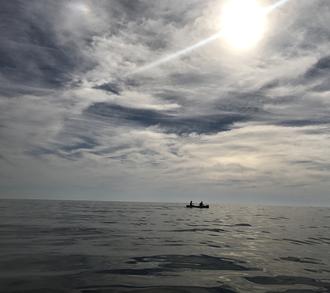