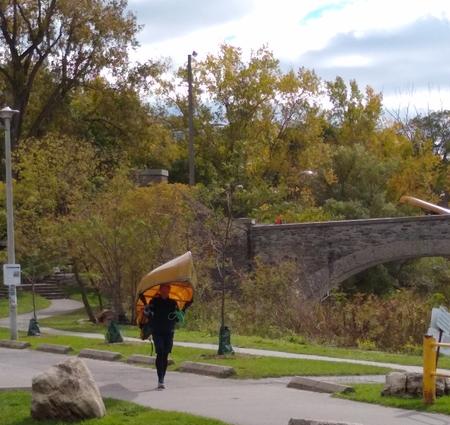 Davenportage 2018 is in the books and was the most successful yet.  Of course it had major pitfalls along the way which surely would have ruined any other event, but somehow we pulled it off yet again.  A late start to the run due to unforeseen but expected circumstances (some runners partied a little too much the night before) slowed things down for the departure of the paddle (where one lucky participant went for a swim), which slowed things down for the start of the portage etc.  But we were smarter than usual this year carrying fewer canoes than in the past... no more two canoes per person... and it led to more talking and getting to the end of the portage before sundown.

Having a group of students participate in this year's event was also simply awesome!  Their enthusiasm and energy was infectious... and thank you to the parents for allowing them to participate - they were more responsible than most of the adults... and in much better shape.​​​ 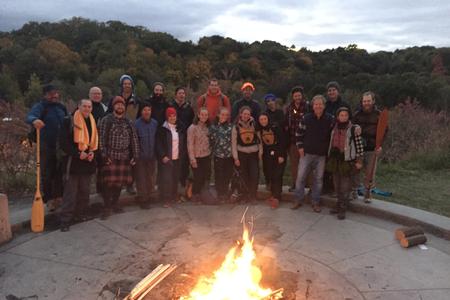 Frank - five years in a row!  Neil Young is now officially only our second choice to provide the sound track.

Mark - for his talk on the Lake Iroquois geography

Marilyn and the Tollkeeper's Cottage - as always, for unmatched hospitality and great pea soup and biscuits

Unnamed Participants - for bringing beer, firewood, and what may have been cannabis (post Oct 17th) to the fire at the finish 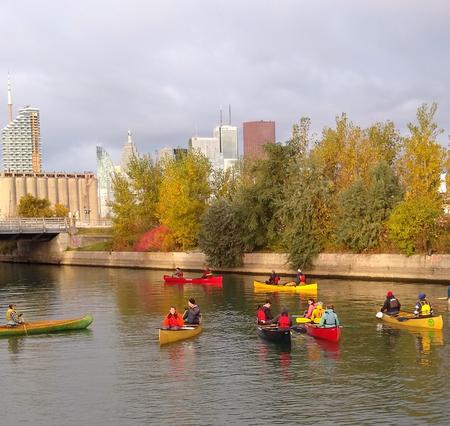 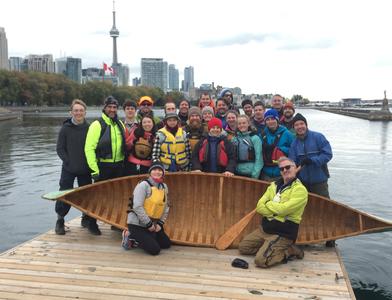