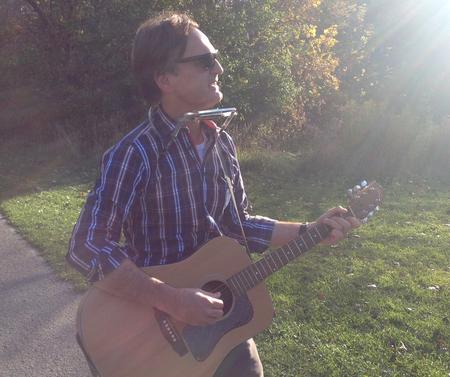 Legendary singer songwriter Bruce Cockburn had to turn down our invitation to perform at the 2014 event.  Left in a last minute predicament, organizers scrambled to find a replacement.  First they phoned every recognized name in the entertainment industry, then every unrecognized name, then people who had taken music lessons when they were kids, then people who have iTunes accounts. In a final act of obvious desperation, they contacted Franc who agreed to launch the event with an acoustic version of 'Oh Canada'.  All kidding aside, he rocked!

The 14 km portage was completed in, well, a really long time. Some crying along the way (Blake) as well as two fights (John with Nick, and John with himself).  Luckily the Brickworks was hosting a beer brewing convention and the day's labour quickly became a distant memory.  Actually no, the day's labour did not become a distant memory but rather, was materially embellished:  A 14 km portage became a 54 km portage; our 60 lb packs became 100 lb packs.  Mike claimed to have come all the way from Switzerland to take part.  Stories were told as if something significant had happened.  And strangely, it had.