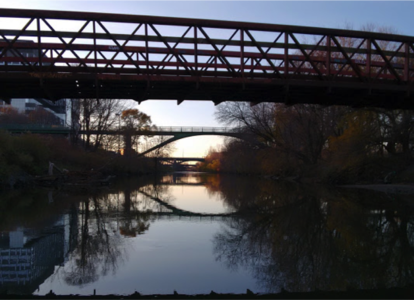 Tons of thanks to Mike Ormsby, first nations elder and artist, for conducting the opening ceremonies (a smudge ceremony) and putting the 2015 event into perspective.

Thanks also to Philip Desjardin who portaged along with us, photographing the event and being professional enough not to release embarrassing photos of participants breaking down physically and emotionally.

Thanks to the Tollkeeper's Cottage for hosting our main rest stop and making a traditional voyageur meal for us!

Thanks to Joe Katt for providing spiritual leadership, and finally, thanks to all of the participants: we worked together and learned some things about some things. 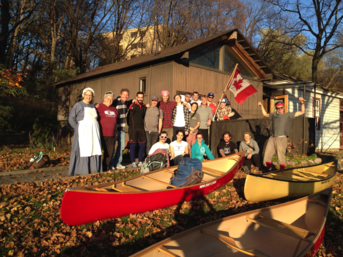 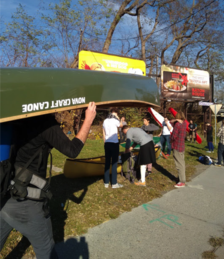 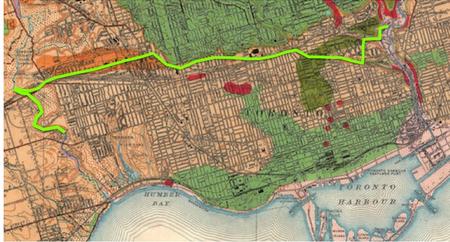 Many teams had chickened out by the morning of the event leaving only the following to claim greatness:

Building on the success of the 2014 event, Davenportage was destined to be even better.

The 'organizers' tried to thwart having a successful event:

The organizers also decided to scout out a paddling route on the morning of the event, and several near-drowning incidents later, we almost missed the start of the portage.

But destiny prevailed.  Shawn Micallef published a piece in the Toronto Star a week before the event which brought a lot of unwanted attention, the weather was perfect, and the paddling route was beautiful.  Nineteen participants completed the portage with 5 canoes and lots of stuff.  It was an overwhelming success despite our planning incompetence.

After the event, Josh Wise published an article in the Torontoist, and this, combined with Shawn's article, drove 4,000 people to visit our website. 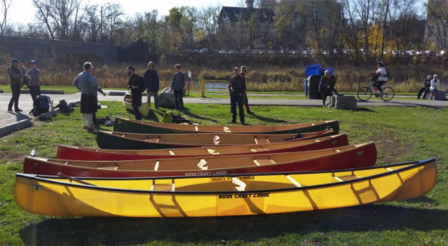 Earlier in the day: Sunrise on the Don.  Beautiful and not, both at the same time.

Spoiled by the Tollkeeper's Cottage's hospitality, photoshoot #14, captures some good